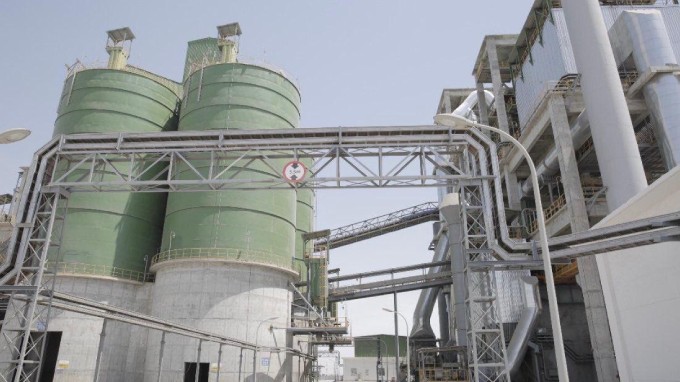 Raysut Cement Company confirmed that it works around the clock despite difficulties beyond its control in light of the spread of the Coronavirus. Where the company after that reduced the number of employees to 30% and that in compliance with the directives of the Supreme Committee and that it always works in the public interest in serving the country and the citizen is under the wise leadership of His Majesty, His Majesty Sultan Haitham bin Tariq - may God protect and preserve him - and his wise government to continue the process of renaissance and comprehensive development of the nation and the citizen.

Raysut Cement Company also clarified that its Sohar Cement Factory, which has a daily production capacity of more than 6 thousand tons, is making a great effort to meet the need of the local market of cement for consumers and companies through sales outlets in the South and North Al Batinah Governorate. The company recently issued a statement through its official sites on social media, confirming that there is no shortage in the local market of cement as the company did Sohar cement station in Sohar Port, which operates a storage capacity of more than 15 thousand tons around the clock.

The company confirms the arrival of a ship to Sohar Port loaded with more than 13 thousand tons of cement in 24 of this month as a preliminary plan followed by several ships at another time in the current month and the next in addition to that the company is preparing another shipment during the next few days carrying more than 50 thousand tons from raw clinker to Sohar Port, according to its plan to meet all the needs of cement through its outlets. The company has received some information about a rise in cement prices and that there are people who are storing cement for the purpose of raising the price. Therefore, the company has published a statement in this regard with the prices of suppliers, their phone numbers and cement prices, through its official accounts on social media.

The company calls on all citizens not to be drawn behind some opinions, which come with deliberate misinformation to raise public opinion on social media. Raysut Cement puts under the eyes of the consumer and the citizen all the correct documented information in the media platforms accredited to be credible in order to assure everyone that the company is working and will always work on the presence of cement in all sales outlets. And that Raysut Cement operates with a national principle and a long-term strategic outlook to increase consumer confidence in the company on the one hand and stand with the citizen, supplier, and consumer on the other hand as a high national duty. And also to confirm that the Sultanate’s companies, in general, stand with the rational government and confirm that Raysut Cement will work with all its strength during the next stage in providing cement significantly.

May God protect Oman, its Sultan, and its proud people.