RCC, the main sponsor of the third relief campaign at, Dhofar Governorate. 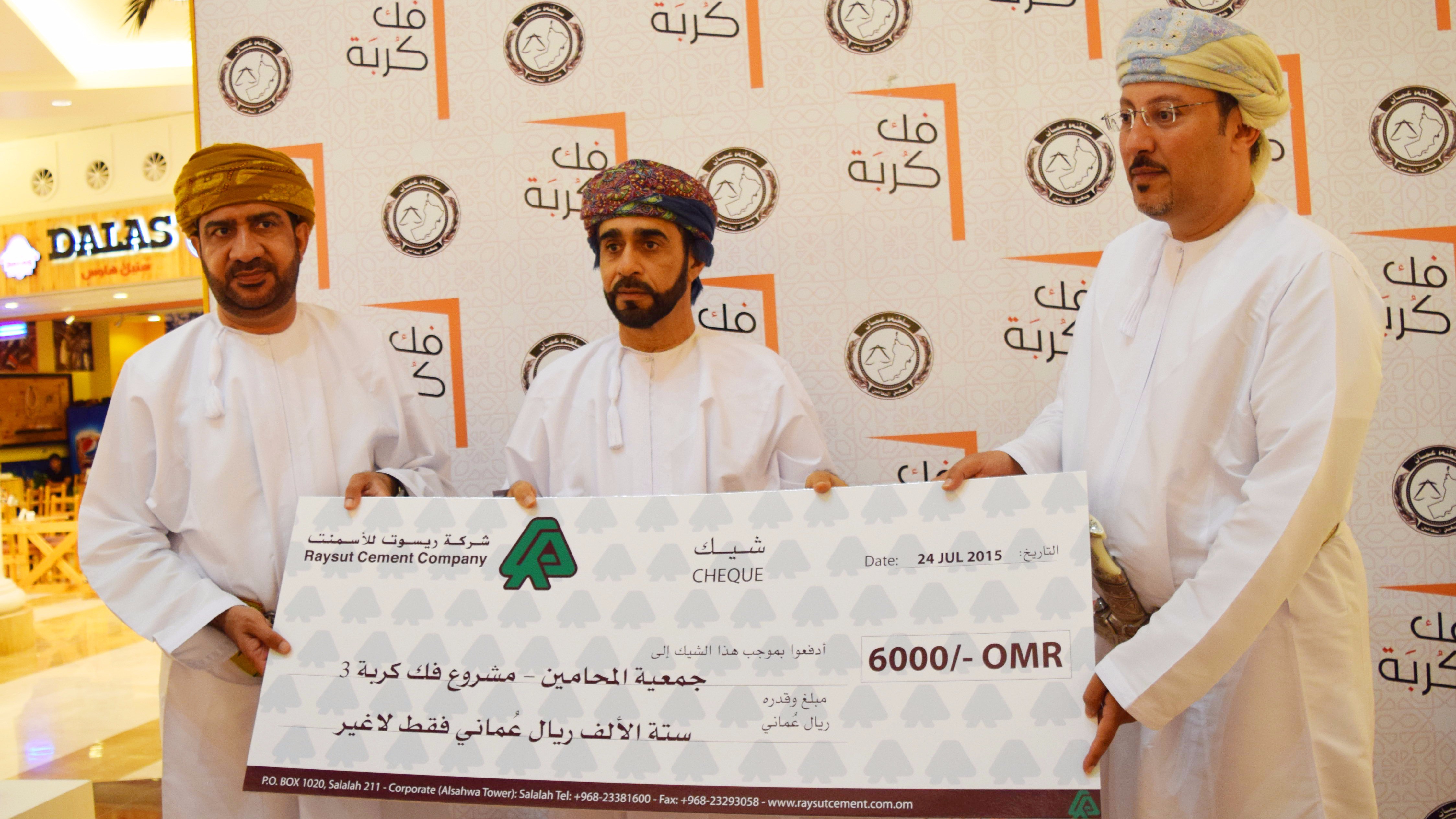 His. Exlcy. Shaikh Abdullah Bin Saif Al-Mahrooqui (Deputy Governor of Dhofar), launched the third relief campaign during holy month of Ramadan, at Salalah Gardens Mall, organized by the lawyer society, in presence of Dr. Mohammed Ibrahim AL-Dzajali, Chairman of Omani Lawyer Society and Engineer Salim Bin Alawi Baabood, Chief Executive of RCC group, the sponsor of the Campaign, and a number of officials from Dhofar governorate.

H.E Shaikh Abdullah Bin Saif Al-Mahrooqui, Deputy Governor of Dhofar, said that, the relief campaign considered as a human campaign expresses the principles of solidarity, Co-operation and tolerance distinguishing the Omani community, assuring that, it’s a must for all as one community to Co-operate to realize and achieve the objectives of such a campaign, each as able to do, to help and relief the poor families in our community. In case, one of these family members is in prison.

Engineer Salim Bin Alawi Baabood, Chief Executive of RCC group, highly appreciated the work done by the Lawyer society, calling for the community to support the social responsibility through the support of Individuals and the private sector to support such programs, which help some categories of the society, which are really in need.

His Excellency the deputy governor and the presence listened, to the detailed explanation of the volunteer efforts made by the Lawyer Society, to achieve the objectives of the campaign in the different governorates of the Sultanate to help the poor people considering, its social responsibility, as one of the civil society institutions of the sultanate.